Being transgender in the workplace is difficult in Vietnam or anywhere 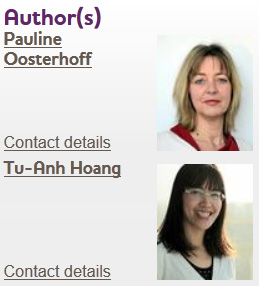 The White Houses naming of a transgender person as the new outreach and recruitment director at the Office of Personnel, the first openly transgender person to occupy a senior position in the White House, is ground-breaking. The appointment of Raffi Freedman-Gurspan is a sign of the inclusive leadership of the Obama administration.

Our research aims to understand what the employment options and preferences of transgender people are. Officially, the legal system of the Socialist Republic of Vietnam promotes equality for all citizens. Laws refer to ‘persons’ rather than men or women. Yet a number of research reports have highlighted the educational, financial and social challenges that Vietnamese transgender people face. When we submitted our proposal for government approval, we were asked to share the report with the Department of Social Evil Prevention, which reflects the fact that the government still links transgender people with ‘social evils’ such as sex work. Social exclusion and discrimination are crucial in understanding why transgender people are at a disproportionally high risk of contracting HIV, according to UNAIDS.

Sharing information about good experiences and options within the transgender community may help to develop ideas for creating transgender-friendly workplaces. There are often job opportunities in unexpected places. Phong, a young transgender in Hanoi featured in the brutally honest documentary “Finding Phong” by Swann Dubus and Phuong Thao Tran, told me her employers and colleagues at the water-puppet theatre (a traditional Vietnamese cultural attraction) were supportive when she decided to become a woman.

Gender roles and norms affect the employment practices, options and preferences of transgender men and women differently. Female transgenders have a long history of performing at wedding and funeral ceremonies in southern Vietnam. Transgender women such as Cindy Thai Tai, Huong Giang Idol and Lam Chi Khanh have attained prominent positions in Vietnamese entertainment. However, gender norms that discriminate against women underlie ridiculing and exclusion of transgender women in many other formal employment situations. Transgender men find employment in more traditionally male work, such as manual labour and construction.

When we designed our online questionnaire--one of the tools we used--we tried to include livelihood options from surveys on transgender and employment opportunities in other countries. But when we pre-tested these questionnaires, we quickly learned that we had to delete many of the options from the formal economy and focus on the informal economy. We also had to include new occupations, such as money-lender. Older transgender women reported that they lend money at high interest rates but have so far refused to meet with us, perhaps because this activity is illegal in the Socialist Republic of Vietnam.

Our questionnaire initially included several questions about acceptance by colleagues, but we were told that this was not a very useful question. Transgenders tend to be self-employed, whether to avoid the complications of dealing with colleagues or the drudgery of regular office working hours. The research is still being completed, but quite a few respondents had well-paid creative jobs as designers, restaurateurs, photographers, or architects.

High-status, self-employed respondents tended to be older. Younger transgenders with a university degree try to find work with companies. They want to prove themselves by working with other people in a professional environment. Successful self-employed transgender people believed that their transgendered behavior is a positive influence on their life. It taught them self-reliance, ambition and persevere. But that does not mean successful people can be openly transgender. “I have not come out yet,” said one of our respondents, a 23-year-old transgender man with a university degree who manages 30 staff at a restaurant and works part-time as an assistant director at an international marketing company. “I am afraid that if I come out my staff will think differently of me, they will not listen to me anymore.”

This fear is not ungrounded. One male transgender reported being discriminated against at work after coming out. He did not report these incidents to higher levels even knowing that his boss would support him, because he felt this might make things worse for him; his company, a major international brand, has no written policy on discrimination. “If there were a clear policy, I would report,” he said.

Accessibility to internet affects employment opportunities. Older transgenders report to be more involved with individual and family business while younger transgenders who can connect with each other through internet, especially through Facebook work more in their own or a company in the formal sector.

In real life there is still little connection between transgender of different education, social and economic background or ages. One transgender who runs a well-known shop in Hanoi told us he has high needs for human resources and is willing to recruit transgender people. However, after opening the shop for more than 5 years, not a single transgender person has come to his shop to look for a job.

Tu Anh Hoang is the director of CCIHP, a Vietnamese NGO specialized in research on sexual and reproductive health. CCIHP and IDS are currently collaborating on the research project “Transgender peoples and livelihood options in Vietnam” funded via an accountable grant from the Policy Division of the UKs Department for International Development (DFID).